Welcome to our hotel near Boomtown Casino Biloxi

Central hotel connected to a shopping center in D'Iberville with free breakfast.

Along with an outdoor pool, this smoke-free hotel has a 24-hour fitness center and a 24-hour business center. Free continental breakfast, free WiFi in public areas, and free self parking are also provided. Other amenities include coffee/tea in a common area, laundry facilities, and a 24-hour front desk. All 71 rooms provide conveniences like refrigerators and microwaves, plus free WiFi and flat-screen TVs with cable channels. Other amenities available to guests include coffee makers, free local calls, and hair dryers.

Regency Inn & Suites Biloxi features an outdoor pool and a 24-hour fitness center. A computer station is located on site and wireless Internet access is complimentary. A 24-hour business center is on site. A complimentary breakfast is offered each morning. This business-friendly hotel also offers coffee/tea in a common area, laundry facilities, and express check-in. Complimentary self parking is available on site.

Regency Inn & Suites Biloxi is a smoke-free property. Recreational amenities at the hotel include an outdoor pool and a 24-hour fitness center. 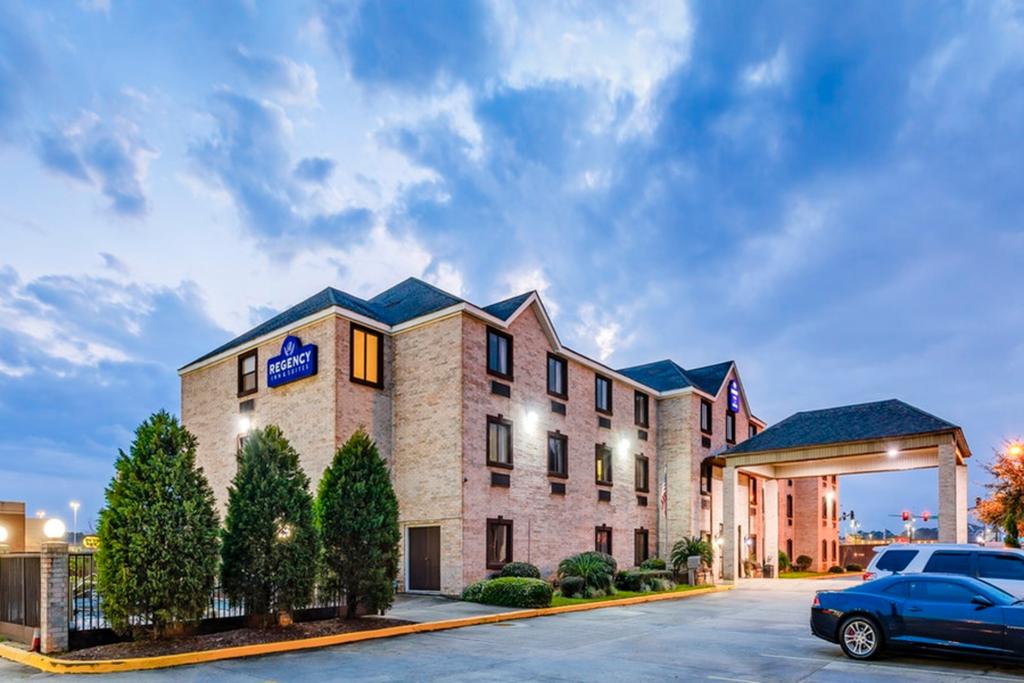 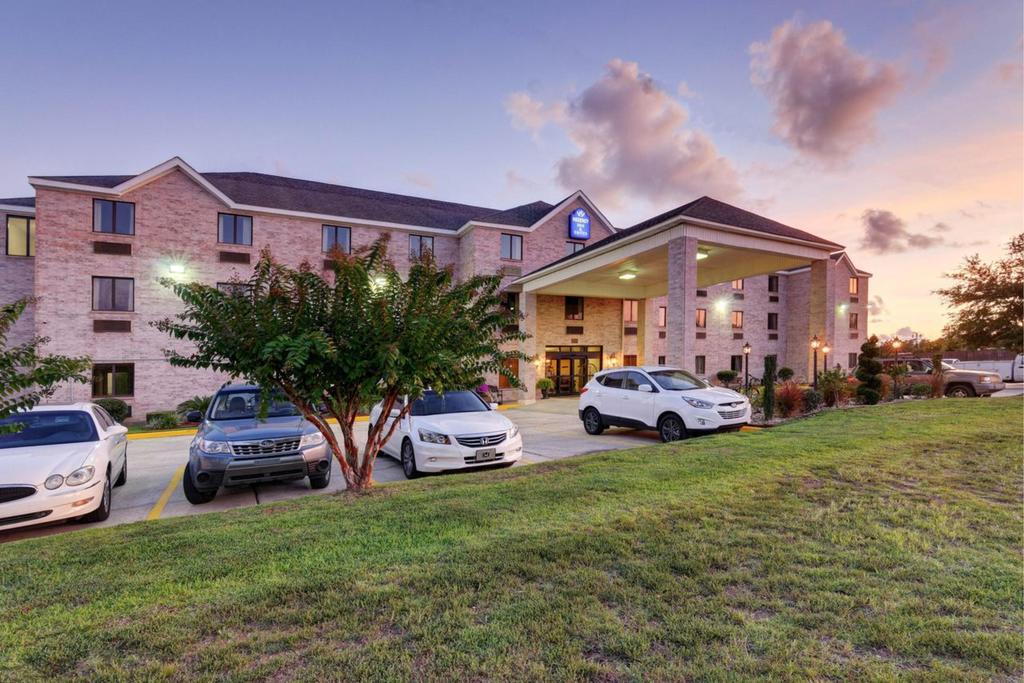 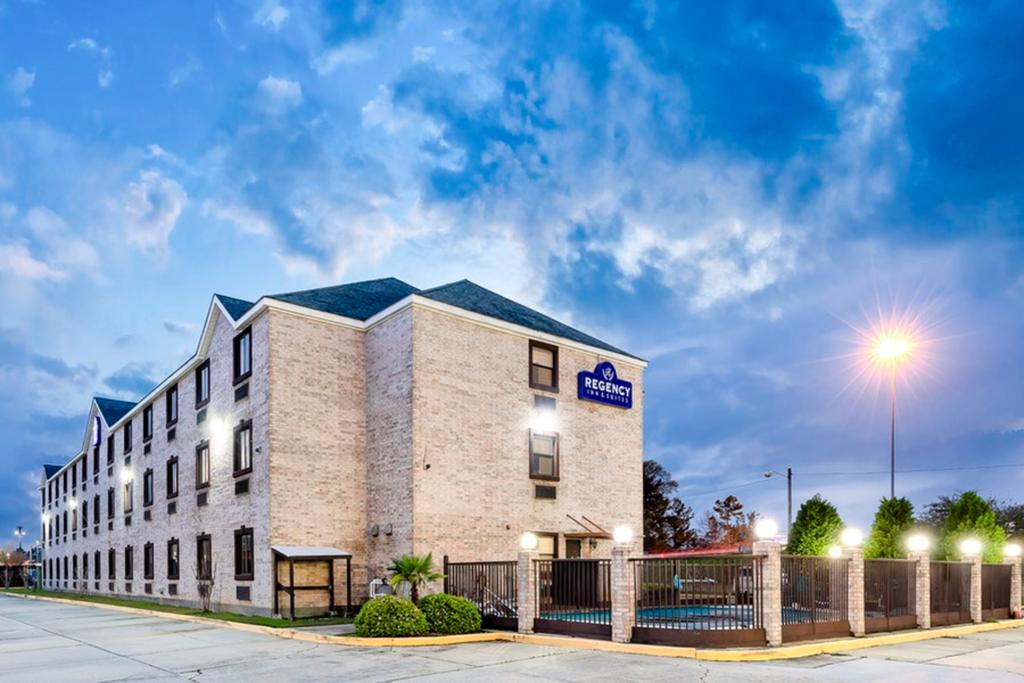 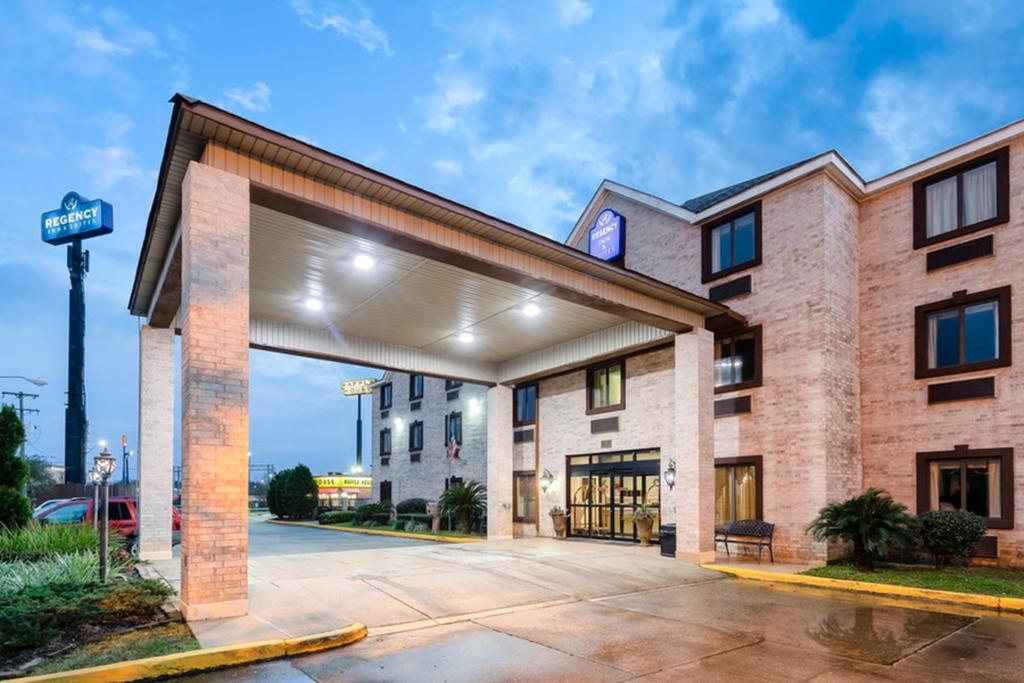 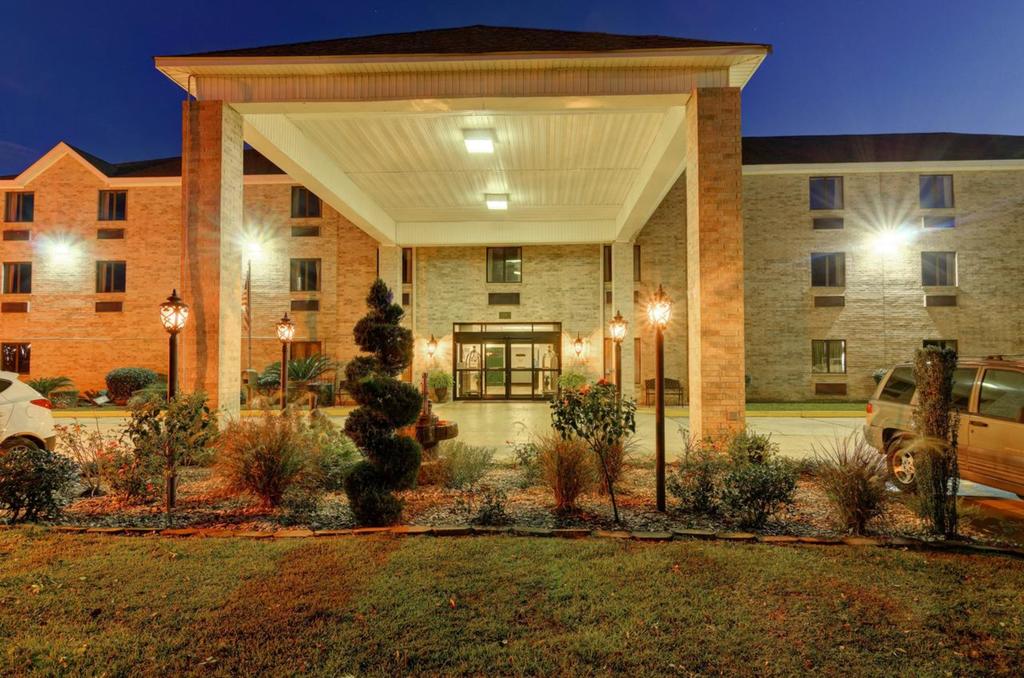 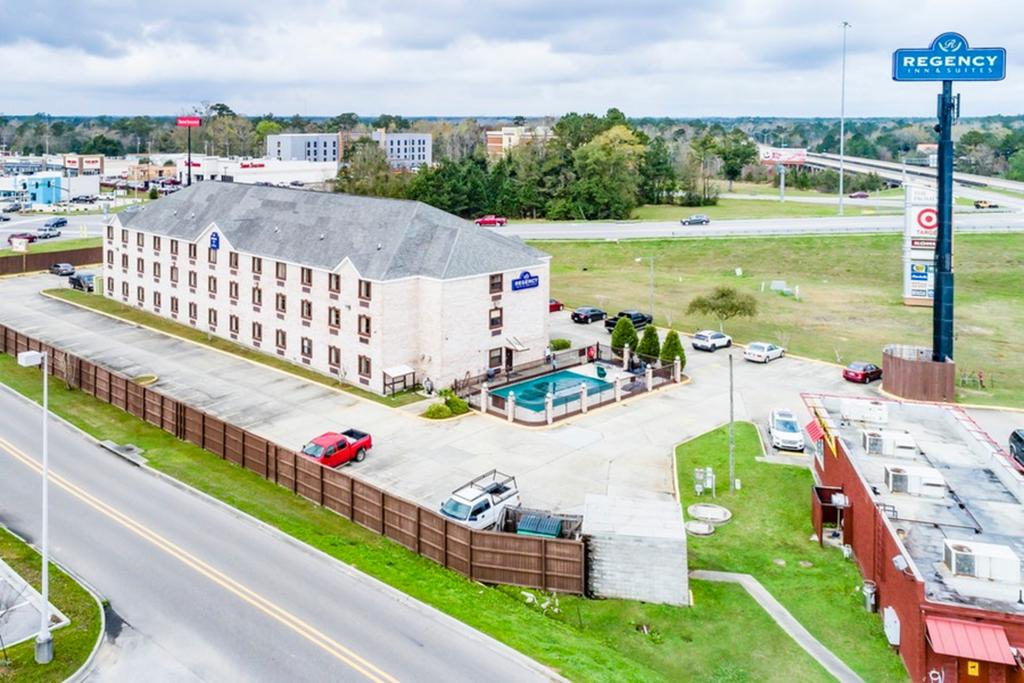 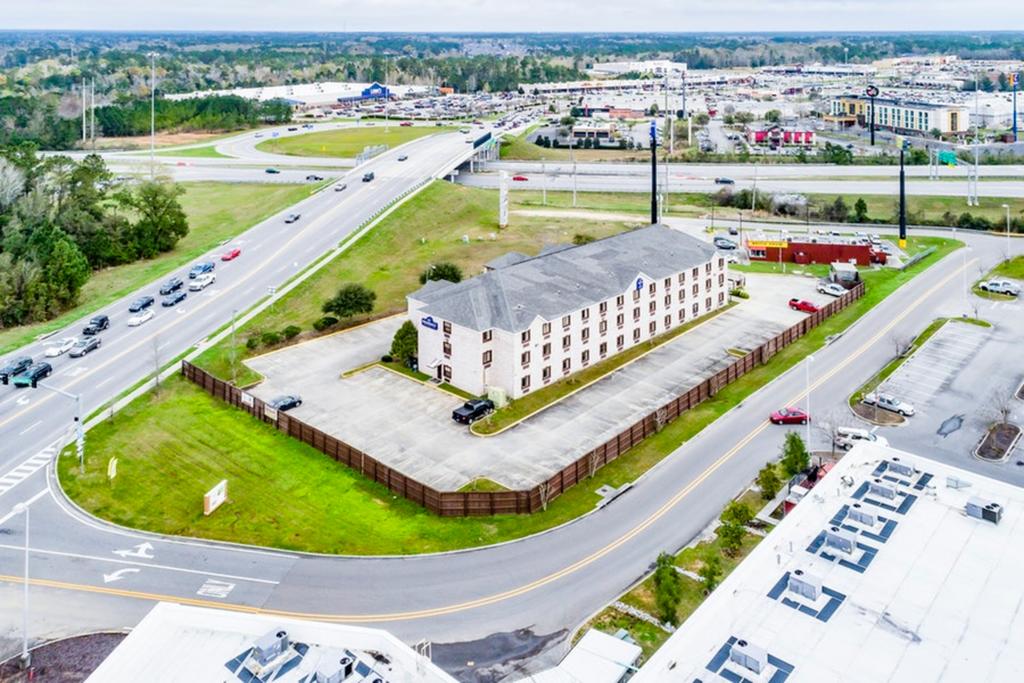 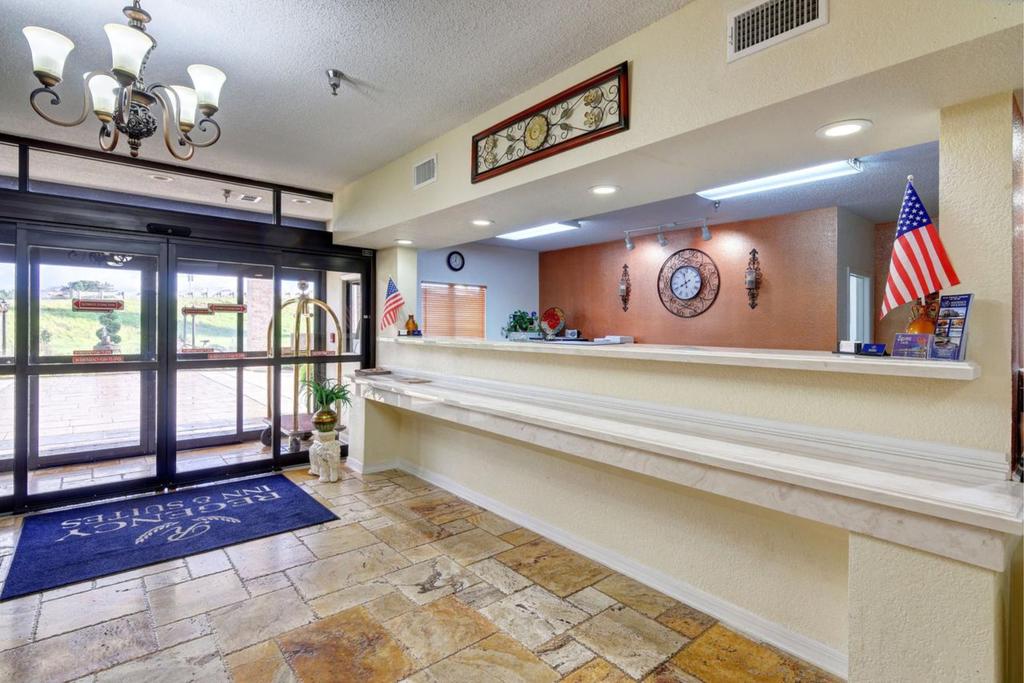 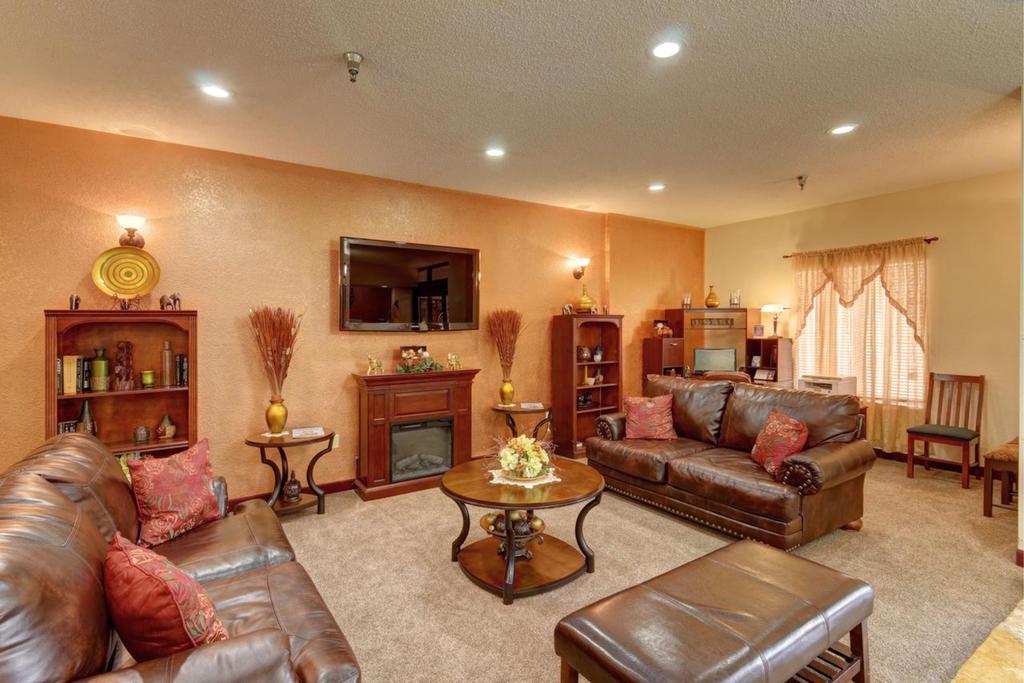 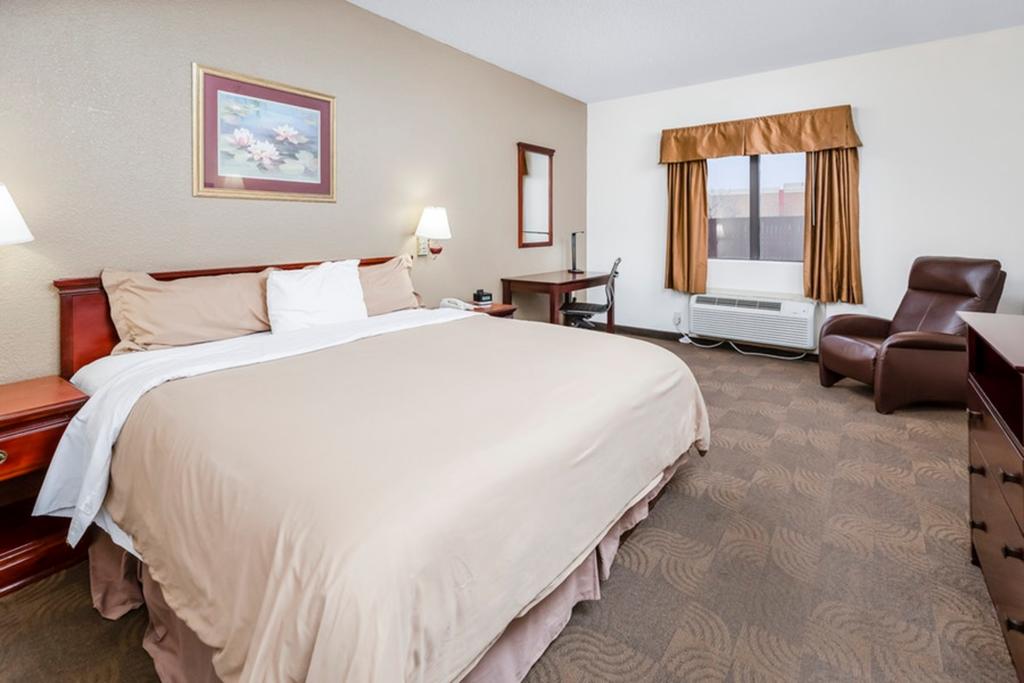 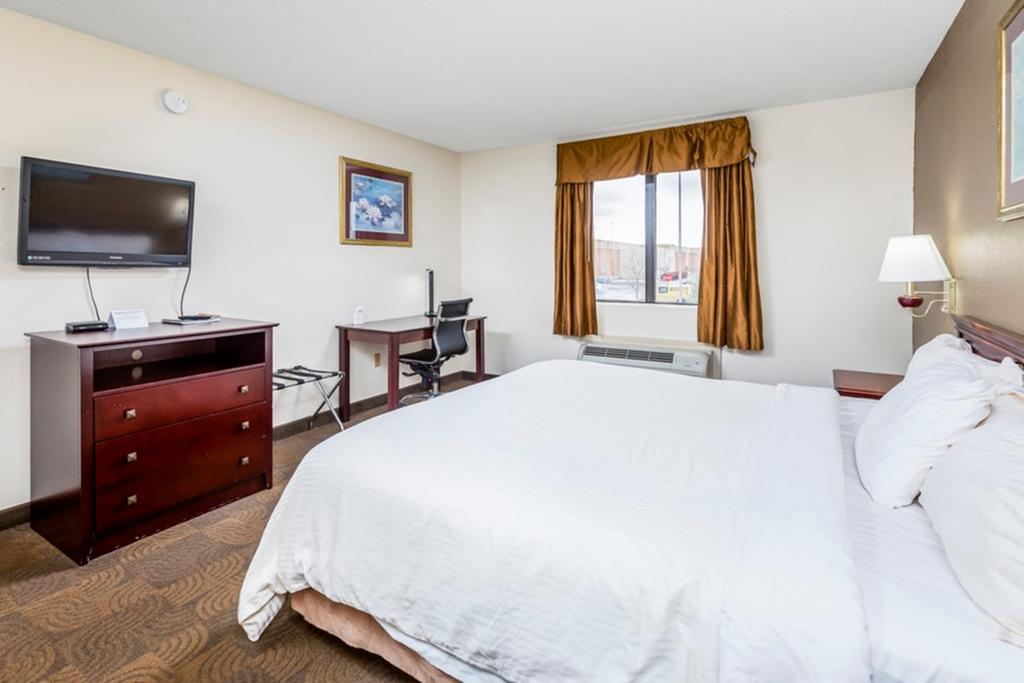 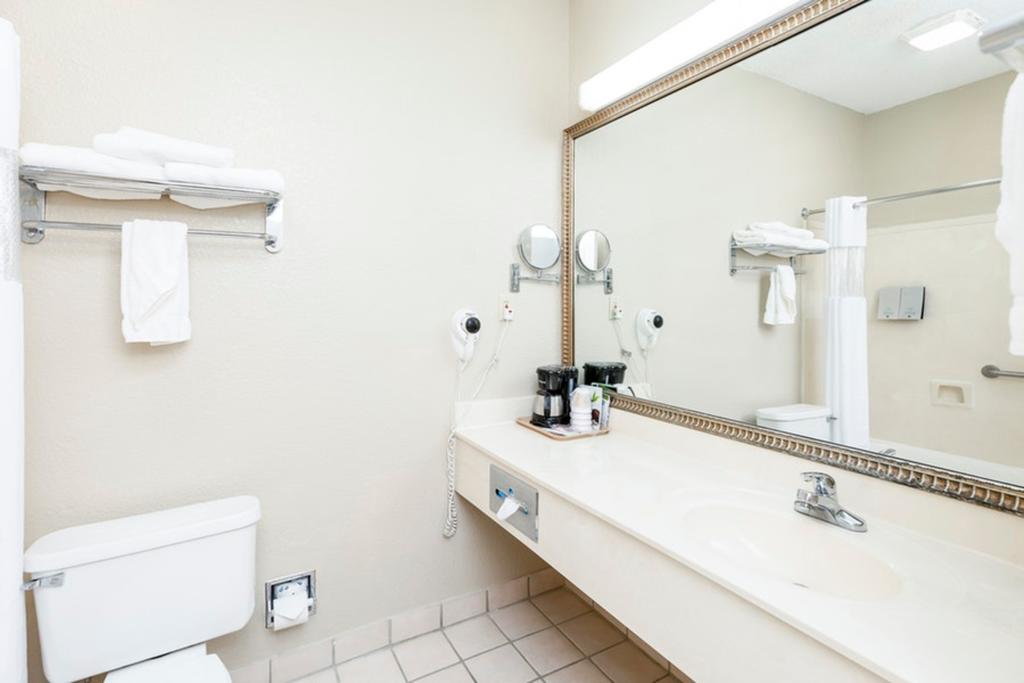 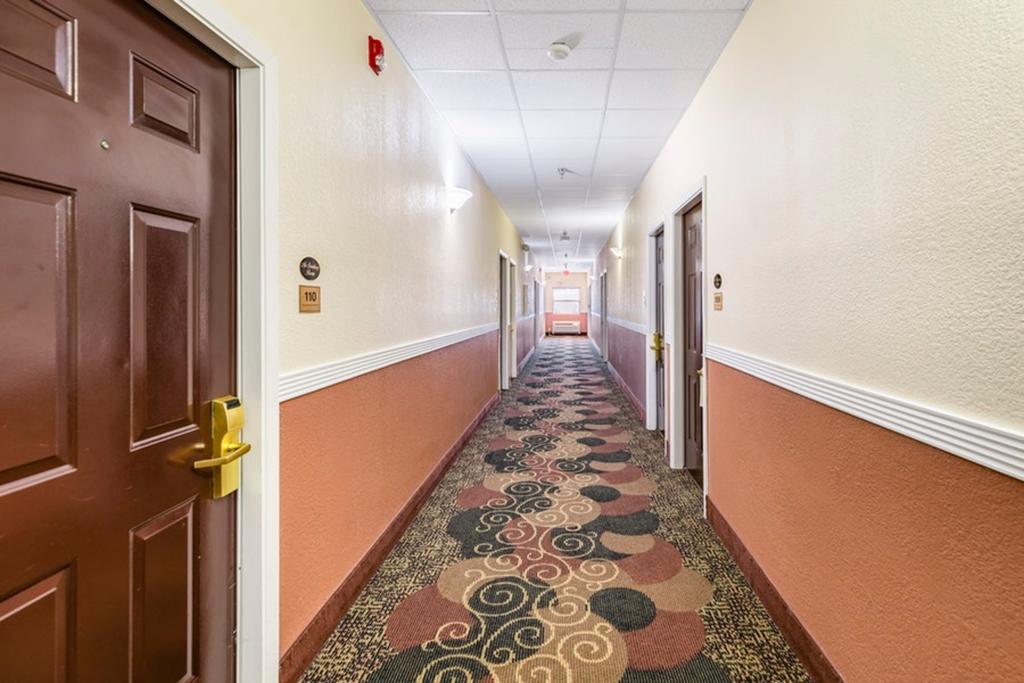 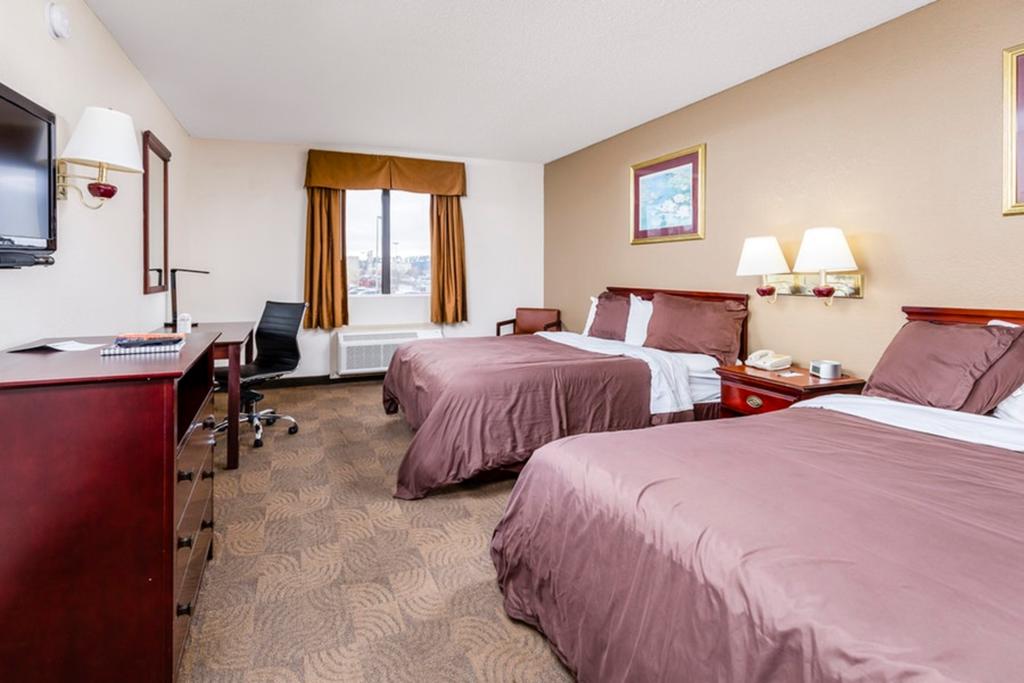 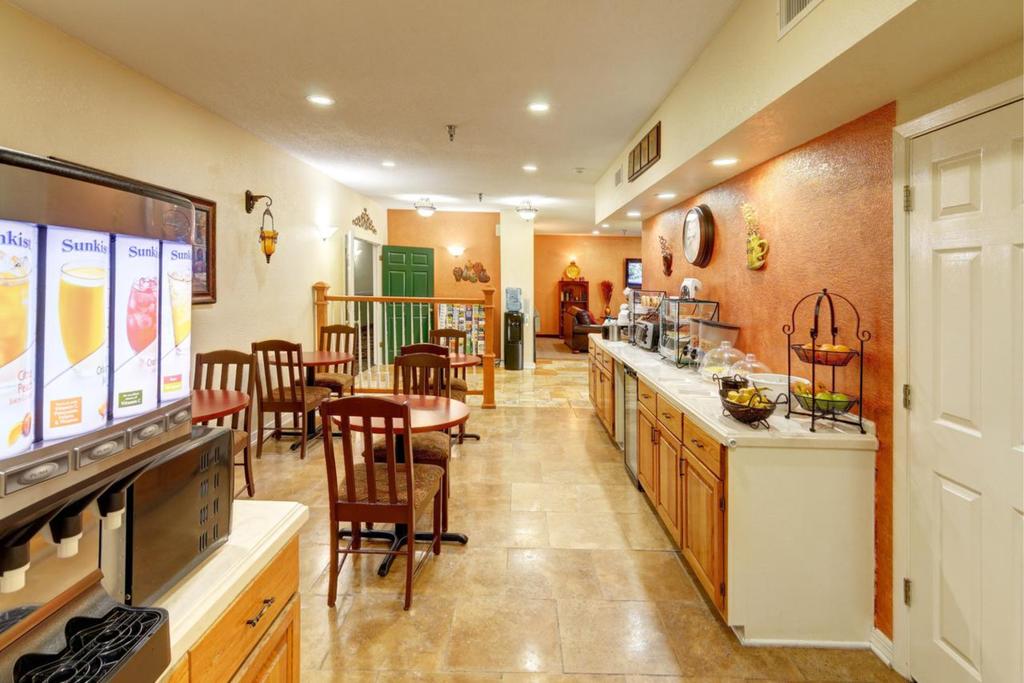 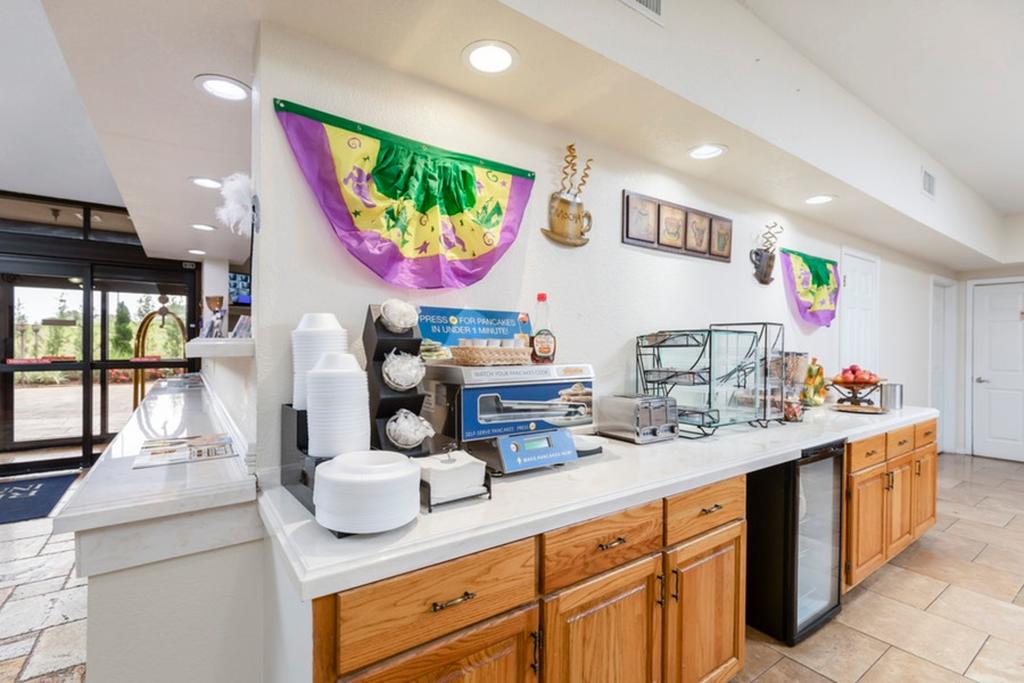 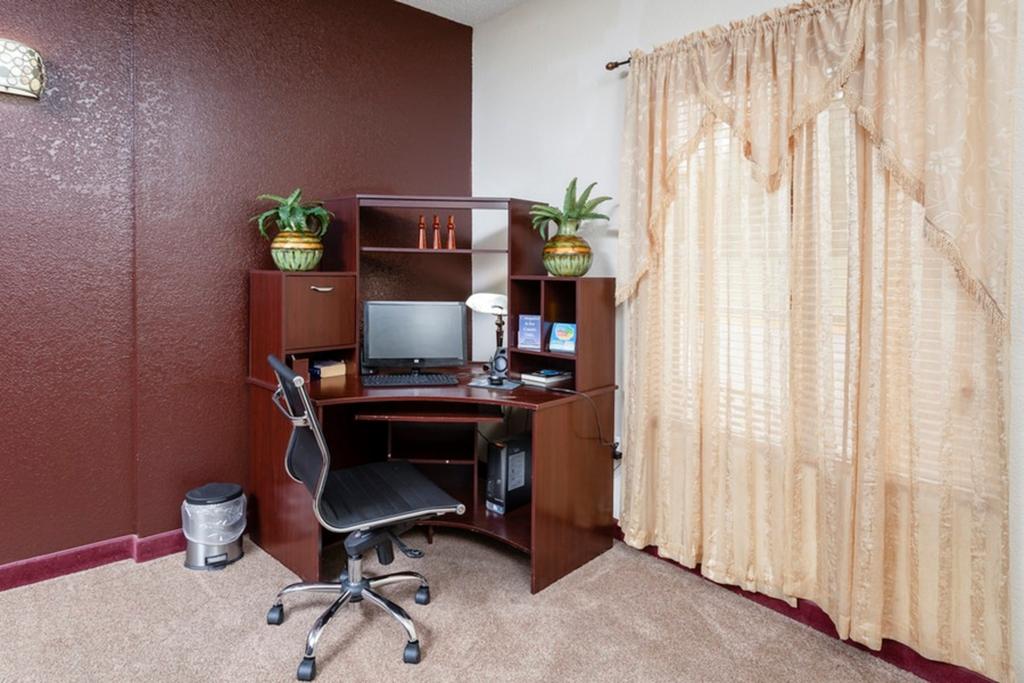 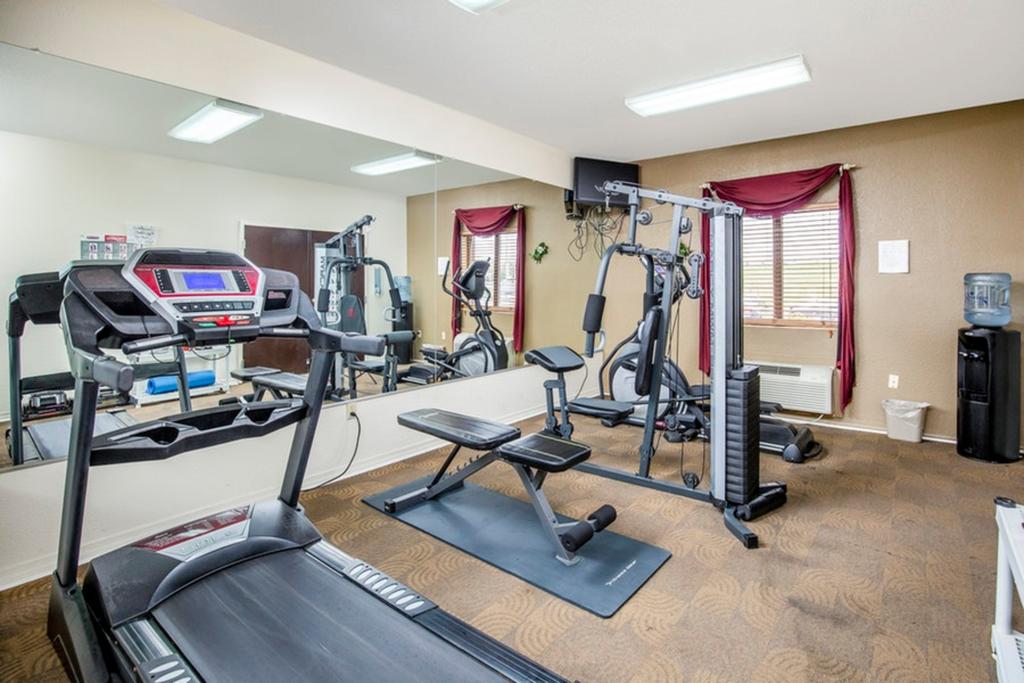 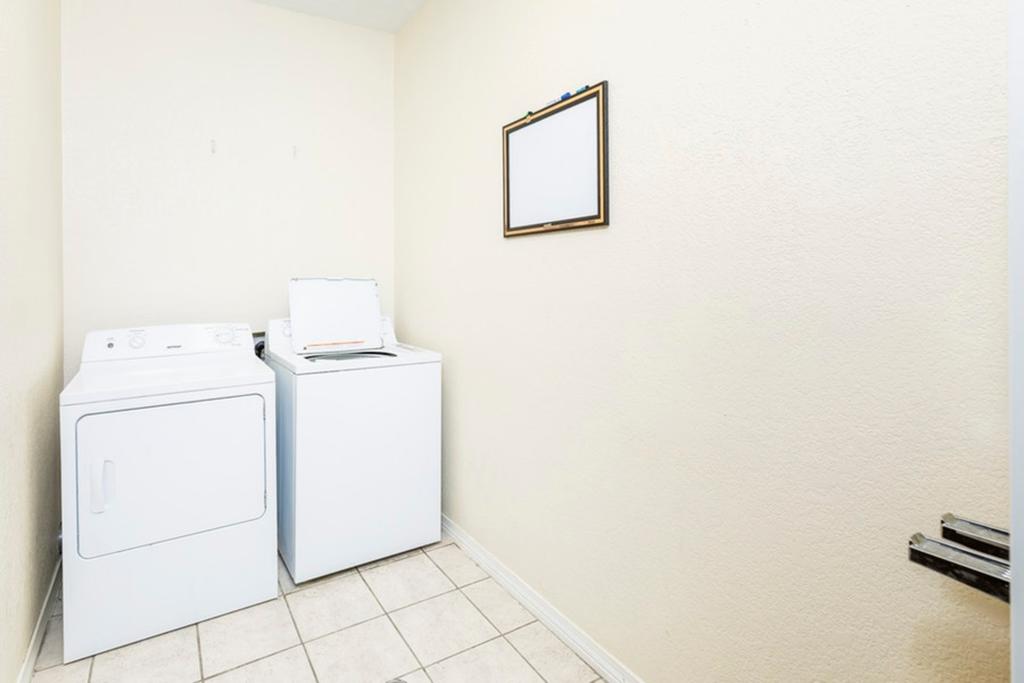 Internet
Free! WiFi is available in all areas and is free of charge.

Check In
From 15:00 hours
Check Out
Until 11:00 hours
Min Age for Check In
21
Cancellation / Prepayment
Cancellation and prepayment policies vary according to Rate Program you select. The cancellation policies are mentioned in the rate program details.
Children and Extra Beds
Children of any age are welcome. To see correct prices and occupancy information, please add the number of children in your group and their ages to your search. There is no capacity for cots at this property. There is no capacity for extra beds at this property.
Pets
Pets are not allowed.
Cards Accepted at this property
American Express, Visa, Euro/MasterCard, Discover
Language Spoken
English

The employees are the best! They make you feel welcome and as comfortable as they can! The rooms are very clean. They have daily service and weekly service to help you with all your linen needs! All around Excellent service! Very comfy bed I slept like a baby. Very quiet. Love the breakfast self-service and great options to eat.

The room was comfortable. The location for what we wanted to do was very convenient. The service was excellent. Most of all the staff was very cordial. Very clean and tidy. Excellent value for money. Helpful and courteous staff. Very clean room. Definitely stop there again if travelling through..

I stay at this hotel frequently and I always get the best service. The staff is very friendly and helpful. I never have problems booking or reserving my rooms, and you can bet that I will be returning!

Was very clean and safe, great staff who help anyway they can. Great location will be going back. Really enjoyed the cookies they have in the lobby. Fabulous breakfast, i loved it. Will come again.

I enjoyed every minute of my stay. This was my first time staying here and I was very surprised how nice and clean the room was. I have stayed at extended stay hotels before and this was by far one of the nicest ones. The check in staff was very polite and the bed was very comfortable. The Internet was flawless. This place exceeded my expectations. Keep up the great work!

Let me say she was more than helpful getting us into our room even though we were 3 hrs. early. And from that moment her and the entire staff went out of their way to make our stay one of the most pleasant stays we have ever encountered!! The room exceptionally clean. We never had to ask for anything. The location great easy to get everything. We will be staying at the Regency every trip now!

Very reasonable price with a wonderful staff. For the price and location it was great. Our third year to stay here. Friendly staff, great location, affordable rates, clean rooms, Great breakfast. We are looking forward to staying here again.

I would recommend this hotel for anybody visiting this area. Shan takes pride on providing the best customer service for his guess. They provide a nice complimentary breakfast during our stay. Our room was clean the bathroom was clean.

This website is owned and operated by a third party. Our goal is to provide hospitality to all people and this means everyone. Our mission is to make it as easy as possible for all people including those with hearing, vision, or any other disability to learn about this property and book their stay if they so desire. If you have difficulty learning about or booking this hotel, we invite you to contact the hotel via telephone and their friendly staff will gladly assist you.

We work very hard to provide an easy-to-use online experience for all guests. We believe all of our website visitors should be able to easily research online regardless of device type and whether an individual requires assistive technology like a screen reader, font magnification, translation or voice recognition software.

To ensure this, we are committed to compliance with Level AA success criteria of the Website Content Accessibility Guidelines 2.0 (WCAG 2.0), an international standard measure of accessibility success. Our website and digital marketing has been developed after carefully parsing these particular guidelines and is continuously being enhanced to make our technology more accessible and user-friendly.

This hotel has the appropriate policies, best practices, and procedures in place to ensure that individuals with disabilities can make reservations for accessible guest rooms during the same hours and in the same manner as individuals who do not need accessible rooms.

As part of our reservation processes, we:

If you require any assistance with booking your reservation, please contact the hotel directly via email, phone, or social media, which you will find on bottom of this page.

This website is designed to be fully accessible to all and is designed according to W3C Web Content Accessibility Guidelines (WCAG) 2.0 and conforms to most priority checkpoints which entail some of the following elements:

This website can be navigated by using the tab key to traverse the elements of each page and by using the enter key to activate a highlighted link.

HTML heading tags are used to convey the document structure. Navigation menus are tagged as HTML maps so that the menu title can be read out, and the menu items are presented as a group. Please see our Site Map for easy navigation

The site is designed to conform to Level AA compliance as specified by the Web Content Accessibility Guidelines. All pages validate as XHTML 1.0 and use structured semantic markup.

The following tools and services are available for free to assist you with viewing and interacting with our website:

Optimize the way you view your web browser. If you have difficulty in reading this website on your screen, you may be able to change the settings on your browser to help you improve readability and visibility of each webpage:

*Note: W3C has not developed a certification program or authorized any other program to certify conformance to W3C standards.